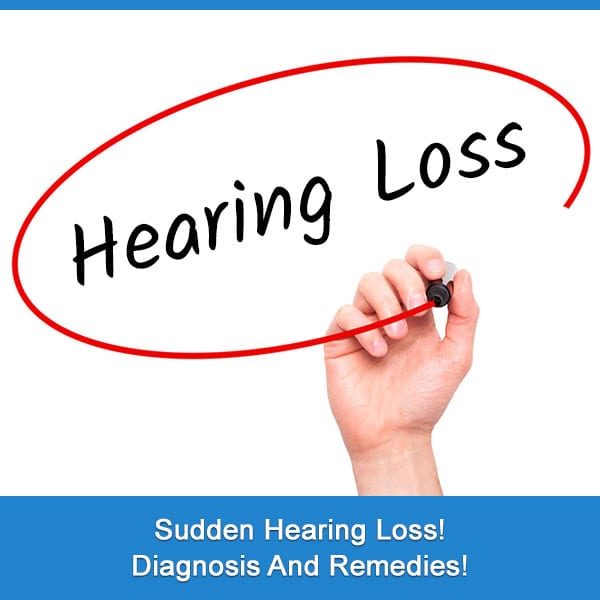 What if you are to lose your ability to hear within an instant? Here is a story of Karen an American woman who experienced a sudden hearing loss which is clinically termed as sensorineural hearing loss. Karen is a high school teacher from Newark who resides in France. In September 2017 she was sitting in the school auditorium and was listening to the school guest teacher. She heard a loud screeching noise all of a sudden in her hears. She did not realize it at the moment but her whole world was about to change. There was no history of prior infections but her hearing changed forever. She could see the person talking as his mouth was moving and he was making gestures but she could not hear a word of what he was saying.

For the diagnosis of the SSNHL and the possibility of using hearing aids, the doctor will ask about your medical history and will perform a physical examination. Karen ensured that she told him about all the medical conditions she had suffered from earlier. She was also asked about the medication she was taking. She was asked to cover one ear at a time while hearing the different sounds at different volumes. Tuning fork can also be used which measures the vibrations in the ear. The doctor utilizes the results of these tests to verify the damage to the middle ear and eardrum.

For more precise and thorough checking Audiometry tests are performed. An audiologist can test the hearing ability by using earphones. A series of sounds at different volume levels will be sent to every ear independently and this allows the doctor to decide the level at which the hearing is lost. The doctor may also ask to do an MRI scan to check the abnormalities in the ear like cysts or tumors. It gives a detailed picture of the brain and inner ear. He may also ask for laboratory tests to look for the markers of viruses or autoimmune disorders.

Quick treatment can raise the chances of full recovery but the doctor may find out about the reason behind the hearing loss before beginning the treatment. The most common form of treatment is steroids which decrease swelling and inflammation. It is particularly useful in the treatment of people with defective immune systems. Antibiotics can also be prescribed in case infection is the cause of the sudden hearing loss. The doctor may take help of Hearing Aid Services for the possibility of using hearing aids. It doesn’t restore the hearing but can amplify the sound to a normal level.